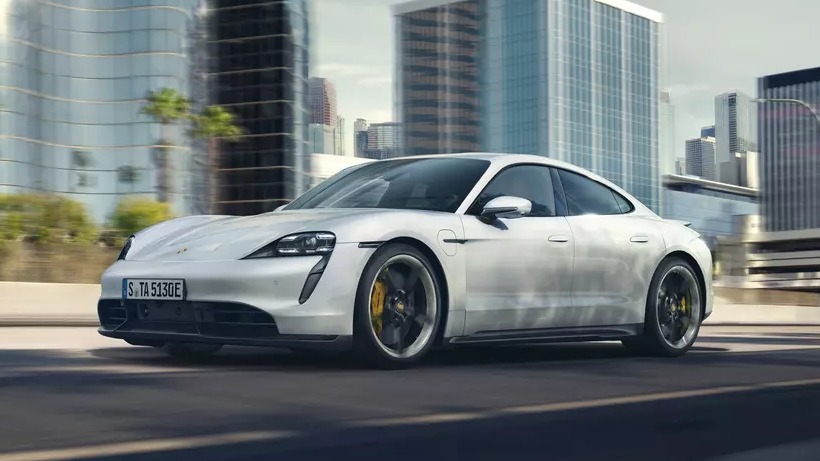 Porsche, the German brand that produces our "dream car".

The origins of Porsche

The history of Porsche begins in the 20th century with Ferdinand Porsche, one of the founding fathers of the famous German automobile brand. A brilliant engineer, he designs the models of a multitude of manufacturers such as Austro-Daimler, Mercedes-Benz or Steyr. Ferry Porsche, his second child born in 1909 in Austria, grew up immersing himself in this automotive world. Like his father, he quickly became passionate about cars and began to drive the models designed by him. Like father like son as they say!

He too ended up becoming an engineer and entered the professional world in the late 1920s. In 1930, the patriarch, after multiple transfers between Austria and Germany, started his own business and opened his office in Stuttgart of studies called "Porsche". The company designs motors and spare parts, in particular the tension bar which it has patented and which is still used today. Son Ferry trained in this office and became its head in 1932.

But the establishment of the Nazi regime in 1933 will mark the beginning of a dark period for Porsche. Ferdinand Porsche was commissioned the following year to design a cheap car for Hitler capable of reaching 100 km / h. This will give birth to the "Volkswagen", meaning "people's car", which will later become the Beetle. The manufacturer will also be forced to participate in the war effort at the start of the Second World War.

After the war ended, Ferdinand Porsche was charged with war crimes and was imprisoned in a French prison for 20 months. Arrested then released on bail, his son takes over the business.

The rise in power

To protect his father's work from the threat of confiscation by the occupying powers but also to give a new lease of life to the brand, Ferry Porsche, helped by his sister Louise (married since 1928 to lawyer Dr. Anton Piëch) , restarts family production in Austria in a completely artisanal way. The latter had the ambition to create the "car of his dreams" since it did not yet exist according to him. Porsche had already tried it for the first time by creating the Type 64, a sports car inspired by the Volkswagen Beetle.

Porsche thus produced its first production car, the 356, whose chassis was once again inspired by the Beetle. Mass-produced in 1950 in Stuttgart, it was a great success. In fact, almost 80,000 models will be sold, whether in speedster, coupe or convertible. The American market represents half of the sales, particularly seduced by the sportiness of this car capable of reaching 145 km / h.

The ascent then begins for the German manufacturer, which ends up quickly establishing itself on the sports car market. The Porsche 911, which appeared in 1963, eventually established the brand's reputation. At the end of the 1960s, sales of this prestige car (more than 30,000 per year) boosted those of Porsche, whose production tripled in just a few years. Its performance and design, characterized in particular by its round headlights, seduce and make it a timeless car.

The history of Porsche is marked by the war which took place in the 1970s within the family. Following the death of Ferdinand Porsche in 1951, a split took place between the children of his son Ferry and those of his daughter, Louise Piëch. The latter's son, named Ferdinand, designs several racing models including the famous 917 which allows the brand to inaugurate its prize list at the 24 Hours of Le Mans. Ferdinand Alexander, Ferry's eldest son, is the origin of the 911, whose engine is prepared by Ferdinand Piëch. With the success of these cars, each one becomes more and more ambitious and multiplies the low blows in order to take the reins of the family business, each clan holding half of the shares.

In 1972, Ferry and Louise decided to end this internal war by prohibiting all the heirs from taking over the management of Porsche. Frustrated and upset, Ferdinand Piëch left the company to join his competitor Audi, when he had greatly contributed to strengthening the reputation of Porsche thanks to the victories of its racing models. After bringing Audi to center stage, he became president of Volkswagen in 1988.

The most profitable builder

The end of the 1980s was a very difficult period for Porsche. The bankruptcy of many well-to-do Americans because of the stock market crash of 1987, combined with competition from Japanese cars caused the German automaker's sales to plummet on the American market. Production fell by a factor of five in the early 1990s, pushing Porsche to the brink of bankruptcy.

To raise the bar and avoid a takeover by Volkswagen or Mercedes-Benz, management was entrusted in 1993 to the production manager, Wendelin Wiedeking. Inspired by Toyota practices, it reduces costs as soon as it arrives: the elimination of almost 2,000 jobs, rationalization of production, hierarchical reorganization and the number of subcontractors divided by three. The models 328 and 368, not very profitable, are abandoned in favor of the revival of the 911. Studies are also initiated on the Boxster roadster and the Cayenne SUV. In 1997-1998, the German manufacturer returned to the profits, the largest in the history of Porsche. The Boxster is a real success while the Cayenne becomes the leader in luxury 4 × 4.

Porsche, under the leadership of its new boss, thus becomes the most profitable automaker in the world. Its value explodes, rising from 300 million euros in the early 1990s to more than 27 billion in 2007.

It was during this prosperous period that Porsche decided to increase its shares in the capital of Volkswagen in 2005 in order to make the brand the leader in the German automotive industry. But the economic crisis has confirmed this desire for acquisition. Worse, this financial transaction turns against Porsche. The manufacturer finds himself in debt to the tune of 10 billion euros and is forced to merge with the Volkswagen group, which proceeds to the repurchase of 49.9% of its shares in 2009.

Today’s Porsche sales record is significantly increasing each year and is illustrated through a particularly rich range of cars, for example, Cayenne, 911, 718, Boxster, Cayman, Panamera, Macan. Which is the latest one? It’s the Porsche 911R. It’s worthwhile to have a look!