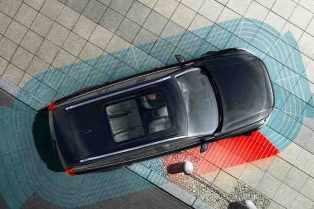 Goold, Uber, Tesla and other car makers are competing in the field of autonomous car technology, but is autonomous driving free-of-risks?

Regarding autonomous driving, we can ask as many questions as we want, and most of which are in the case of liability: Who will be responsible in the event of an accident? Does traditional auto insurance cover this kind of vehicle? These questions are the source of much debate!

What is Autonomous driving?

By definition, autonomous driving technology consists of a vehicle that operates alone in real traffic conditions without the intervention of a human being. As futuristic as it may seem, this reality is gradually becoming part of our daily lives.

Companies add a multitude of gadgets: digital sensors, sonars, radars, cameras. The point is to collect a host of data, which is then analyzed by specific processors and software.

The passenger therefore only has to enter his point of arrival and technology will bring him to the correct destination by analyzing traffic, road conditions and all the surrounding obstacles (pedestrians, cyclists, cars, etc.).

Technology giants like Google have tested their vehicles in thousands of kilometers for years, mostly on closed courses. The results allow us to refine the technologies in the event of ending up on public roads. The verdict is generally quite positive, with few accidents in conditions that approach reality in urban areas.

In the United Statesed States, the Uber transportation service has made available to the public vehicles equipped with lasers, cameras and sensors for autonomous driving.

Two people will,, however,, be behind the wheel to supervise operations. Uber uses in this first phase of the project Ford Fusion hybrids topped by a piece of impressive machinery.

Many suggest that the increase in these technologies will help reduce the number of road accidents, including through better "communication between vehicles".

In addition, traffic should also be reduced, since the systems have a global vision of the environment in which they operate.

Some are already in our cars

Ther's no wait for manufacturers sitting for the law to change to install some technologies in our everyday cars. As already known, high-end vehicles have been armed with safety and driver assistance systems. Moreover, many popular brands are adding these technologies to all of their models.

Think of the sway alerts, the adaptive cruise control, the blind spot alert and the pre-collision alert which can also apply emergency brakes.

Some systems will even correct the steering wheel according to the lines drawn on the ground, or warn the driver when the vehicle in front about to turn left after a stop.

On the one hand, we note that people are increasingly distracted on the road by their cell phones, the infotainment screen or simply by the road environment. To increase passenger protection, automakers have added a host of safety technologies, which has resulted in fewer fatal accidents.

Will this be allowed by the regulations?

To date, Canadian law does not allow the circulation of fully autonomous vehicles on the public highway.

Despite this, the Canadian government has budgeted $ 7.3 million over 2 years to improve road safety in order to prepare for the arrival of autonomous vehicles.

For the moment, experts stipulate that as long as there is a steering wheel in the vehicle, the driver will be held responsible for any incident if he is involved.

This is explained by the fact that he will always have the means to regain control of the car. The Government of Canada is authorizing pilot projects here and there, in a very tight environment, but there is no guarantee that it will be made available to the public in the near future

For fully autonomous systems, Google, Volvo and Mercedes claim to take full responsibility for any accident, proving by the very fact that they have great confidence in their technology!

We still need more time to establish autonomous driving guidelines. Car makers, governments and insurance companies all need to be involved in the making of guidelines.