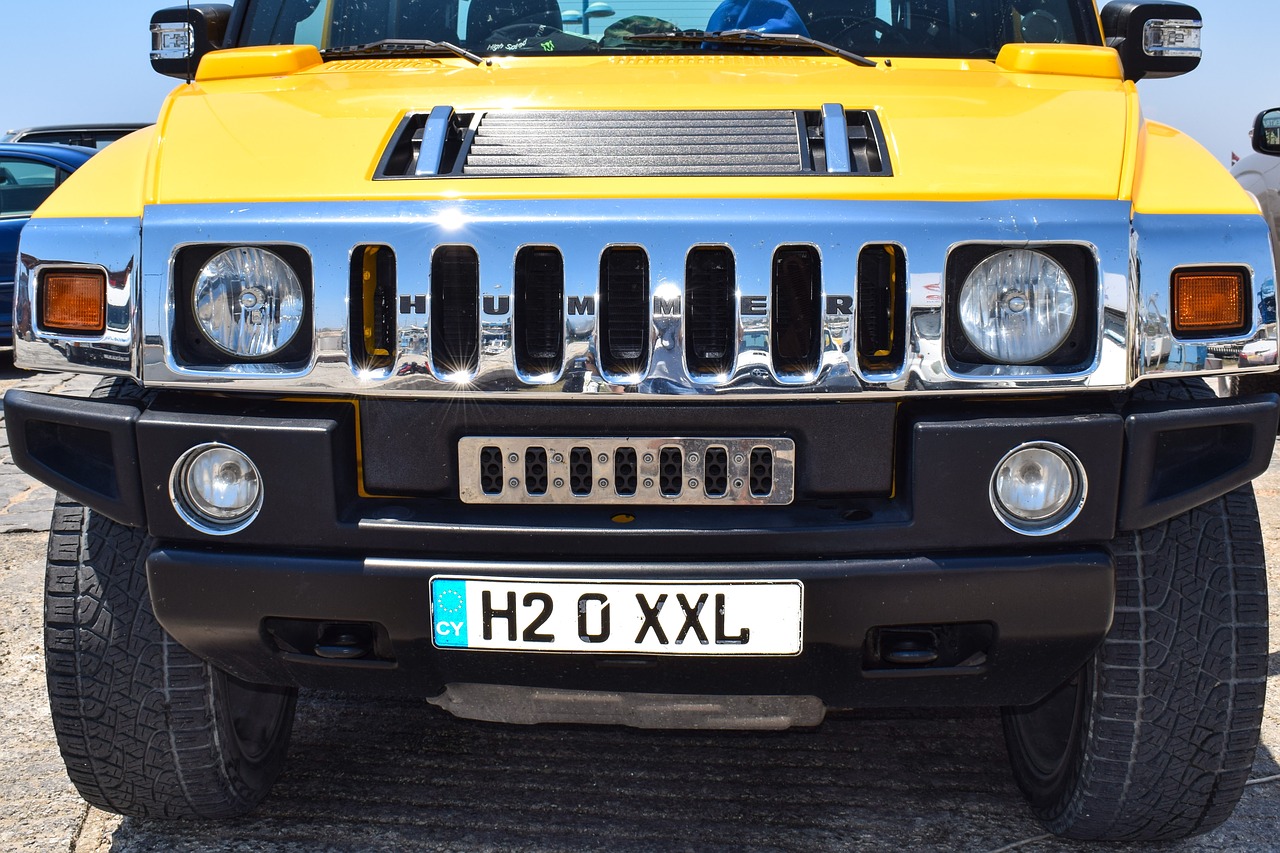 For some people, it is an icon of overconsumption and dependence on oil. For other people, it is a true franchisor. Actually, few vehicles have polarized as much in recent years. Hey, that’s the Hummer H2 and you would better to take a glimpse of its history!

It all started in 1979, when the American army launched a tender for a new generation of tactical vehicles, the High Mobility Multipurpose Wheeled Vehicle, aka HMMWV (later known as the Humvee).

AM General won the contract and production began in 1984. Arnold Schwarzenegger, while filming A cop in kindergarten in 1990 in Oregon, saw a convoy of Humvees and said he would do well with it personal transportation. He intervenes directly with the leaders of AM General to convince them to launch the civilian version.

He himself took delivery of the first two copies in 1992, called Hummer.

In 1999, General Motors bought the rights to Hummer from AM General. The latter will manufacture the largest vehicle, the H1, while GM will be responsible for manufacturing the other models and distribution.

From the Detroit Motor Show in 2000, GM presented the Hummer H2 SUV Concept.

The baby is here!

In the summer of 2002, the final version of the H2 arrived at dealerships. And it's madness!

Almost everyone wants one. But not everyone can afford one, as its base price is $ 70,745. However, the H2 rests on common undersides: the GMT820 platform, which is also used for the Chevrolet Tahoe, GMC Yukon and Cadillac Escalade. But the H2 is made in a dedicated factory in Mishawaka, Indiana. It will even be assembled for a time in Russia, in Kaliningrad.

However, make no mistake, the H2 is a real backpacker and can go where many others do not go. This is partly due to its engine, the 6.0 L Vortec 6000 developing 316 horsepower and coupled to a 4L65E 4-speed automatic transmission.

And then, of course, there is the style, due to Clay Dean. Clearly inspired by the big brother H1, it takes on the attributes: hood opening forward with bosses and air inlets, grille with seven bars, low window height, small hook in front of the rear wheel and almost complete absence of curved lines. This is why some called him the "Baby Hummer" at the time. Finally, everything is relative, because there is a baby weighing 2.9 tonnes, 4.82 meters long, 2.06 meters wide and almost 2 meters high!

Last detail, the aluminum front protection plate is stamped H2. In short, it's "in your face", it's macho, it's without subtlety.

Inside, it's GM typical of the late 90s, early 2000: hard and unflattering plastics on all floors. But the H2 is well equipped: electric leather seats (heated at the front and rear), BOSE sound system with steering wheel controls, 3-zone air conditioning. Surprisingly, the rearview camera (very useful, because visibility rear is excruciating) is optional.

Initial US sales are good. In Canada, that's another story, we'll come back to it. However, from its launch, the H2 unleashes the hatred of environmentalists (some will even be burned in a concession, in California). It must be said that at the same time, General Motors collects all the EV1s (electric cars) to send them to the shredder. A public relations disaster!

In spring 2004, a new version of the H2 was launched: the H2 SUT. It is a pick-up variant whose partition wall with the box can be lowered, like a Chevrolet Avalanche. The SUT, not very practical, will not be very successful.

Over the years, the H2 has hardly changed: new equipment, new colors and the Vortec 6000 which increased to 325 horsepower in 2004. It will be necessary to wait for the 2008 vintage to witness serious changes: interior redesigned with a new dashboard and Vortec engine 6,200 6.2L developing 393 horsepower mated to a 6L80E 6-speed automatic transmission.

After the initial enthusiasm, buyers will not rush. Sales fell drastically in the United States from 2006. It must be said that in the meantime, the price of gasoline started to climb and then reached three dollars per gallon with our neighbors to the South.

Add the pressure from environmentalists and the fact that the H2 is quite clumsy on the road and you understand why from 34,000 copies in 2003, sales drop to 6,000 units in 2008. This is why Hummer will be one of the first victims of the restructuring of GM after its bankruptcy in the summer of 2009. The H2 will have made 153,000 sales in the United States.

In Canada, it is worse: nearly 3000 H2 will be registered there over the entire career of the vehicle (including a little more than 300 in Quebec). Certainly, we don't have the same tastes!

In the first years, driving an H2 is much worth it and in the end, its driver was downright ridiculed. However, some miss this vehicle. It is even rumored that the Hummer could make a great comeback in the near future since there are always more SUVs being sold. And this time may be in an electric version.