As the younger consumer group is tend to become the maninstream in today's market,it is doomed to the advent of a time of rejecting mediocrity and no room for "outfit clash".

The same is true of the auto market. Young people no longer follow the suit. On the contrary, they prefer to pursue some personality and self-evident models. In youngster’s minds, appearance is the priority. They’re crazy about the outstanding and unique design. Mazda, which has been focusing on car manufacturing and not good at selling cars all year round, has always been less competitive in the auto market. However, it has naturally slipped into the eyes of contemporary young consumers, especially when the 2020 Mazda 3 came.

Since "parting ways" with Ford in 2008, Mazda has begun rebranding, and has more autonomy, and regards design as one of the brand's core values. Speaking of design, it can be seen from this Mazda 3. Although the concept of soul-moving design still continues, it is more complete and mature in terms of details processing and overall visual effects, and it is not excessive to say that it has a certain artistic quality.

Looking at the body, the Mazda 3 has maintained the shape of the previously released Kai concept car, and the overall shape is dynamic. The design of the front face corners and the air intake grid makes the front of the car look very atmospheric. The three-tube eagle-eye headlights with black and black treatments give people a modern and avant-garde visual experience. The integration of the headlights and the mid-net also makes the front look. Get up full of exercise. The outline of the sidelines of the body makes people look more impactful. At the same time, it also visually lengthens the body. The design of the high back and short rear suspension under the front low rear high waistline is drawn with the inverted I-shaped C-pillar. The neat lines add to the vehicle's sportiness.

The angular design of the rear of the car also makes people feel that the car is full of atmosphere, with external wheel arches, original rear spoiler wings, and stainless steel double-row exhaust pipes. A solid silhouette design. The simple and bright round taillight group can be called the finishing touch. As a classic in car design, in addition to the layered sense of round taillights, strong mobility also makes people feel sufficiently novel. From the appearance alone, the Mazda 3 can be regarded as a model with great potential for modification.

In terms of space, compared with the old model, the 2020 Mazda 3 has a significant increase in both the length and width of the car, with a length, width, and height of 4662x1797x1445mm. In addition, I also extended my wheelbase to 2726mm, and the overall space performance improved. Although some space adjustments have been made, the problem of small space in the back of the car has not been cured.

Looking at the interior again, using the oriental subtlety and elegance, with "blank space" and "compartment" as the design concept, the three-dimensional structure cleverly "hides" the air-conditioning operating area and the air outlet to achieve driver centralization. The purpose of the multi-layered three-dimensional structure is also excellent under the alternating light and shadow. Around the door panel and the air outlet or the gearshift lever, the overall texture is enhanced to a certain extent by metal or high-gloss piano paint veneer. The traditional instrument panel design and multi-spoke steering wheel did not give people the feeling of being outdated. The overall interior is calm and atmospheric, and the use of a variety of linear elements has also added a sense of hierarchy inside the car. I have to say that Mazda did put some thought into this interior design.

In terms of configuration, all Mazda 3 is equipped with front airbags, front side airbags, side air curtains, knee airbags in the main driver's seat, tire pressure alarm, rear parking radar, reverse image, and automatic parking. And other functions. To take the sub-top model, it does not provide functions such as panoramic sunroof, seat heating, active braking, lane-keeping, etc. In addition, functions such as HUD head-up display, line-assistance assistance, shift paddles, etc. also need to be optional. Overall, the configuration is not particularly high, but the standard configuration of the entire car series is not bad. 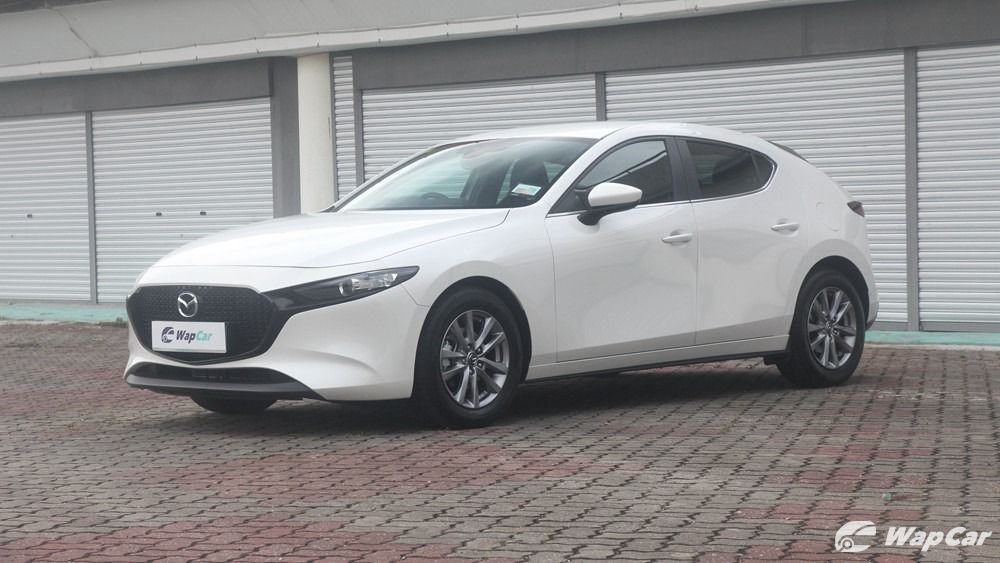 In addition to the conventional configuration, some of the highlights of the Mazda 3 are also well received, such as one-touch lifting and anti-pinching of driver windows, large front and rear brake discs, and water-repellent rearview mirrors. Consumers of quality car life.

In terms of power, unlike other brands' full-scale turbines, the Mazda 3 still uses two naturally-aspirated engines of 1.5L and 2.0L. Among them, the 2.0L engine has a maximum horsepower of 158Ps, maximum power of 116kW, and maximum torque. It is 202N · m. But the 1.5L engine is relatively inferior in power performance, and there is no major problem in the home. On the whole, the power of the self-priming engine is still not competitive in the same level. However, the performance in terms of fuel consumption is relatively excellent. Even the 2.0-displacement Mazda 3, the official comprehensive fuel consumption is only 5.8L 100 kilometers.

The chassis adopts the front Macpherson rear torsion beam non-independent suspension. The official name is "SEB butterfly bionic rear suspension structure", which is a variant based on the torsion beam. The overall still continues to be excellent in handling. Although there is some compromise in steering sensitivity, the performance in terms of suspension support and chassis compactness is quite good.

Generally speaking, it's price is relatively moderate, and it is improved on the basis of previous advantages, with a super pretty look, rich configuration, and excellent performance in terms of handling and fuel consumption, coupled with the niche brand. The price of the 2020 Mazda 3 ranges from RMB 129,900 to RMB 189,900. Unquestionable, Mazda 3 will still attract those who are unwilling to follow the trend.