Why should You Get one Brand-new Perodua Bezza

Why should You Get one Brand-new Perodua Bezza

Thanks to Perodua Bezza loved by many people since its release, Perodua(the Perusahaan Otomobil Kedua Sendirian Berhad or Second Automobile Manufacturer Private Limited) enjoys a high reputation in the auto industry.  It has become one of the most popular models in Malaysia after Myvi and Axia. What is special or attractive about this brand new Bezza? Check out the following reasons:

Affordable price: the basic Bezza1.0 Standard G starts at rm37,300 in west Malaysia, while the top 1.3 Advance costs RM 50,800. This kind of price is very reasonable and many people can afford to buy one. Society freshman and college students can also afford it.

Ultra fuel-efficient: In order to lighten the burden of life, almost everyone will fix their eyes on fuel-efficient cars when deciding to buy vehicles, The parking flameout function in Bezza can stop the vehicle idle engine operations, and restart the engine at the time of operation, to reduce fuel consumption and waste emissions so as to achieve the effect of environmental protection and energy-saving, so all Bezza’s series obtained the certification of EEV, any models’ official fuel consumption performance is more than 20 km/l.

All-new engine: Bezza has its first Dual vvt-i engine. The 1.0-liter 1kr-ve has a variable timing valve (vt-i), both engines meet Euro 4 emissions standards, and greater horsepower and torque output, making the Bezza one of the most fuel-efficient Perodua models. 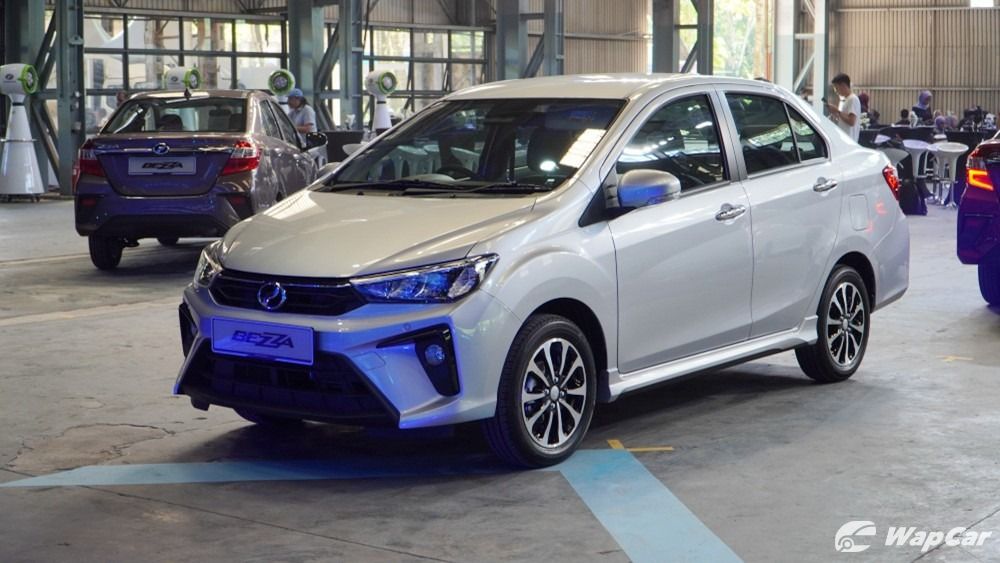 New technology and equipment: Congratulations! The domestic car also can be started without a key! The technological devices first introduced to the P2, such as smart keys and keyless start and stop, And they are the first to appear on Perodua’s product line and are even the equivalent of cars that carry them.

Plenty of room inside: Although it's an entry-level A-class car with four doors, the interior space is big enough. The original claims to have 8+1 variations on the seats, so no one, adult or child, feels cramped inside.

Super large tailbox: Perodua Bezza's tailbox space has reached an amazing 508L, and the Honda City is the only one to surpass it in the A and b-segment market of our country. Bezza's image space can fit into five standard suitcases, which fully meet the demand of Chinese consumers for space. In the future, there is no need to worry about the lack of space for luggage.

Stylish appearance: Completely designed by P2. Unlike Axia or Myvi, Bezza is no longer rebranded with foreign models and sold locally. In addition, his lightweight body. Despite the extra third car, the heaviest version, the Advance, is 930kg, 45kg heavier than the Axia, and the entry-level Standard G and Premium X versions are lighter, with nursery rhymes helping to optimize and reduce fuel consumption. Finally,it has the most streamlined body, with Bezza's body design having a wind resistance of 0.286, the lowest ever for P2. The design from the front to the rear of the car is designed to help with turbulence. The low wind resistance coefficient can help improve the performance of fuel consumption, reduce the instability when driving at high speed, and also make the body look better.